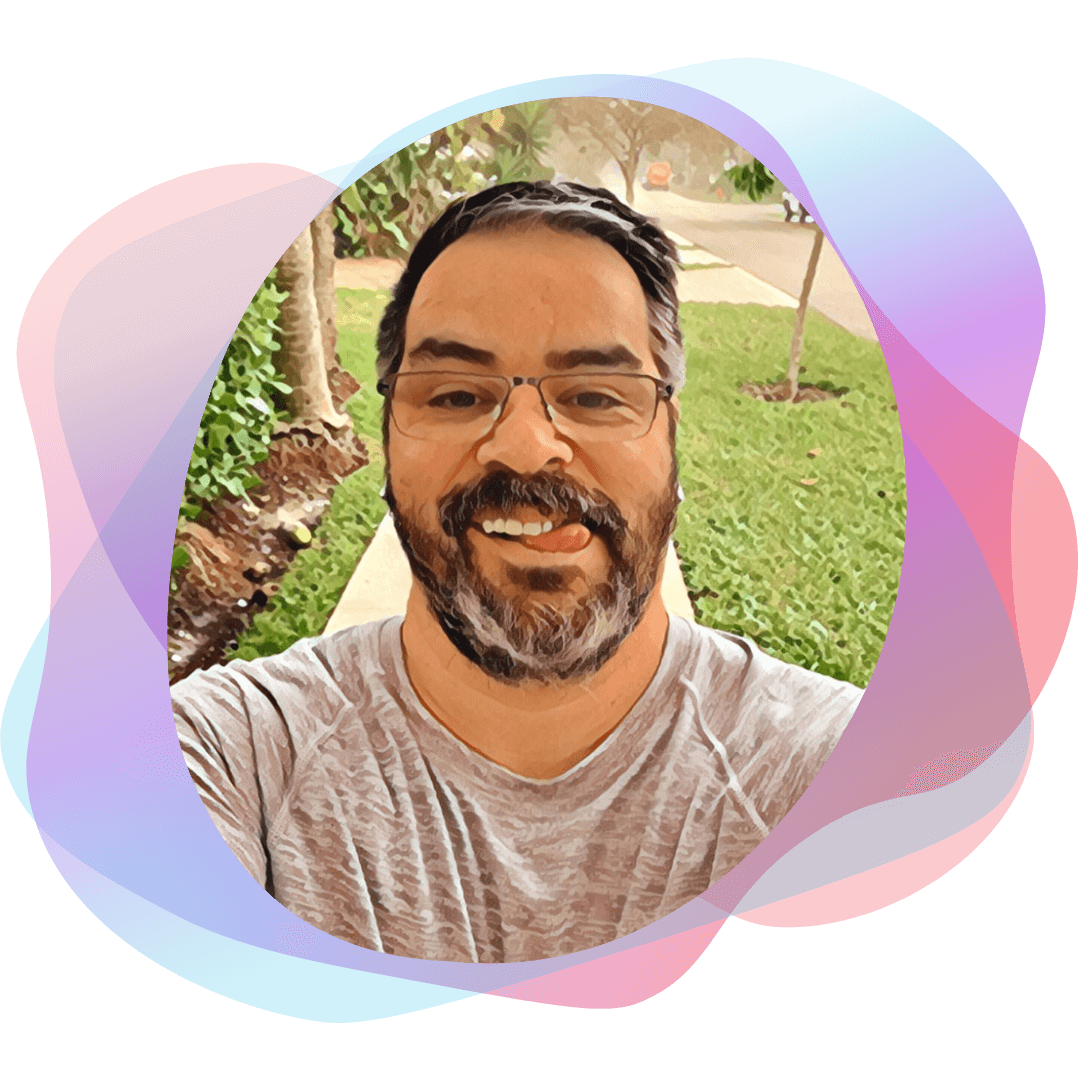 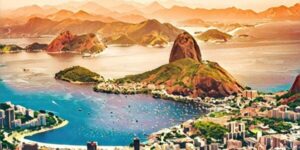 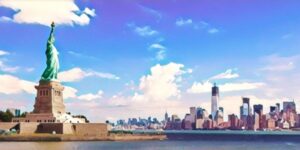 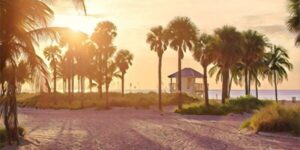 Rodobens was my very first job. I had just started college and came across a position within this company. I don’t even recall my title at the time. Basically, I managed payments from wealthy farmers. Or something like that. It was a long time ago.

I was with Rodobens for less than a year. Probably around 7 to 8 months only.

Varig was the national Brazilian airline. Sadly, it no longer exists.
I started working in the Information Department (basically a customer service to let people know about flight schedules. After that I moved on to the Reservation Department, where I helped customers with their reservations). Varig was where I started to develop my English language skills.

I worked for Varig for a little over 6 years.

United Airlines was a natural progression after working for Varig.
I interviewed for a Customer Service position, but the director at the time (Maria Luisa Rodenbeck, who brought the first Starbucks to Brazil with her husband). She noticed my penchant for technology and invited me to join her new team, Galileo.

I stayed with United Airlines for over 6 years.

NobleWorks was my very first job after moving to the US in 2001.

I started in their Customer Service department, then moved on to the Pre-Press Department, where I finessed my knowledge in Adobe Photoshop and Illustrators and learned how to work with publishing tools such as QuarkXpress.

During a trade show at the Javits Center in New York City, while working for NobleWorks, the booth across from our was MoMA’s (The Museum of Modern Art). They were looking for an Assistant Manager for the Wholesale Department, which I applied for, interviewed with the department’s manager during the trade show, and started working for MoMA around a month after the trade show.

I was the Wholesale Assistant Manager for 6 years and a half.

I started with Shutterstock in 2012 in a hybrid position as a Customer Service/Sales. The job consisted of helping clients, understand how they used our assets, and based on that information upsell them on a more robust/expensive solution.

Within 6 months I joined a new team that focused only on sales. And from there I spent the next 6 years in various sales positions within the organization.

RapidRatings is a SaaS technology firm that provides information on the financial health of public and private companies around the world.

I was hired as a sales person, but I did not adapt to the work. I now understand that Finance is not my area of expertise. The people I worked with were phenomenal. Kind, helpful, and super smart. I highly recommend this company if you are comfortable with the Financial industry.

After almost 20 years I decided to join NobleWorks again. I am working with marketing and business development. I manage some of our retail and wholesale marketplaces, including eBay, Etsy, Walmart, and Faire.

A few things I can help you with

Klaviyo is a global technology company that provides a marketing automation platform, used primarily for email marketing and SMS marketing.

Ecommerce refers to the buying and selling of goods or services using the internet.

Canva is a graphic design tool that works to simplify the process of digital design.

What I am currently reading 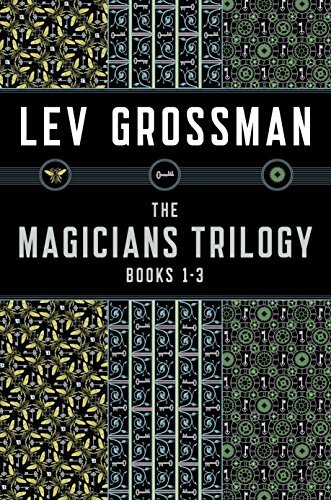 But the story captured my imagination and I decided to give the book a try (I am one of those people who believe the book is usually much better than the TV version – I’m looking at you The Wheel of Time).

Join me at the GoodReads Reading Challenge. On with Kara Swisher What I am working on

Brazucas Pelo Mundo, or BPM, is a podcast/website I run with a very close friend who lives in Canada with his wife, daughter, son, Chloe (the cat), and Ivy (the dog).

We interview Brazilians who live abroad about their experiences as expatriates, their struggles, successes, and funny stories.

I developed and maintain the website and our social media.

A few years back my husband came across the idea of not dieting but changing his lifestyle (after doing a lot of research).

The idea of dieting (this is our own opinion!) is that you do it when you want to reach a certain weight, for instance.

The issue with that (in our opinion, again!) is that you go on a diet, reach your goal, and then go back to whatever weight you had before that made you unhappy. Then wash and repeat!

Our goal was to introduce a change in lifestyle, and the idea behind keto sounded like a good one for us. So I am now dedicated to the Keto diet…or so I hope, as I love me some carbs! Fingers crossed!

Tools & Gadgets I am loving 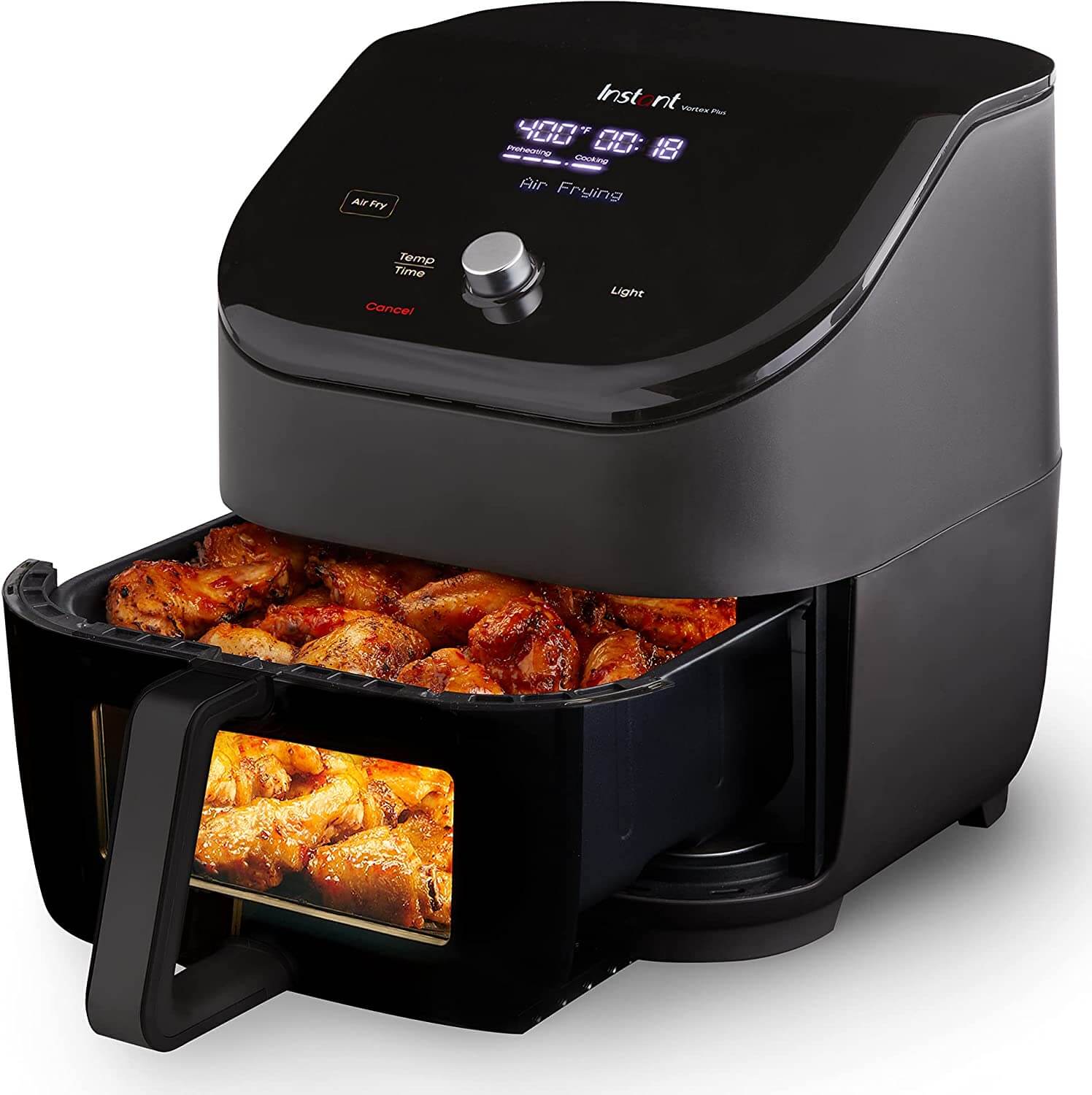 The window into the basket sold me on this fryer after my previous one broke down.
This model air fries, roasts, broils, bakes, reheat, and dehidrate. 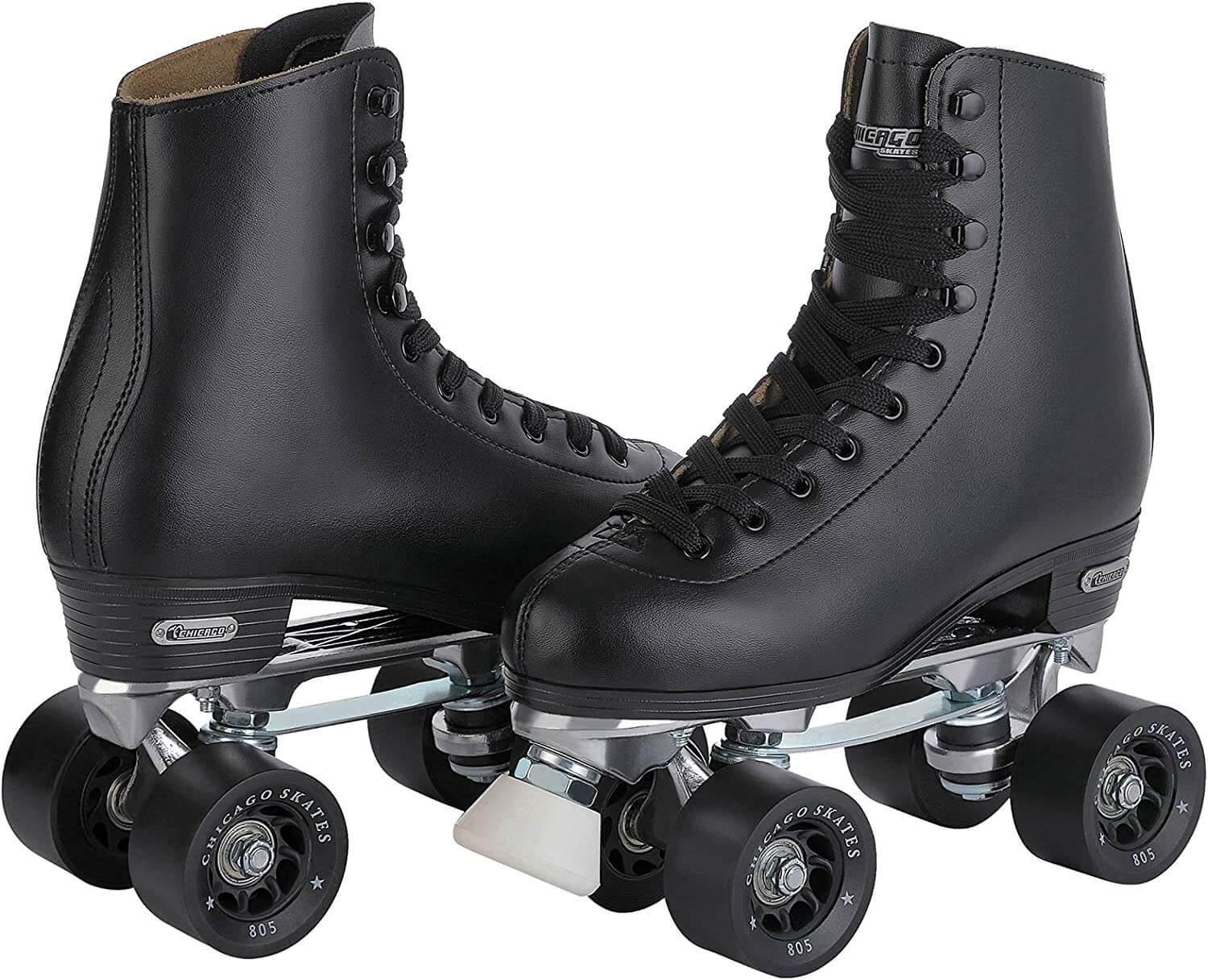 To be fair, I bought this one but have not yet played with it.
I used to roller skate a lot when I was a kid. I’d come from school, put the skates on, and only take them off when it was time for dinner.
Now it will be a way to add some exercising into my life. 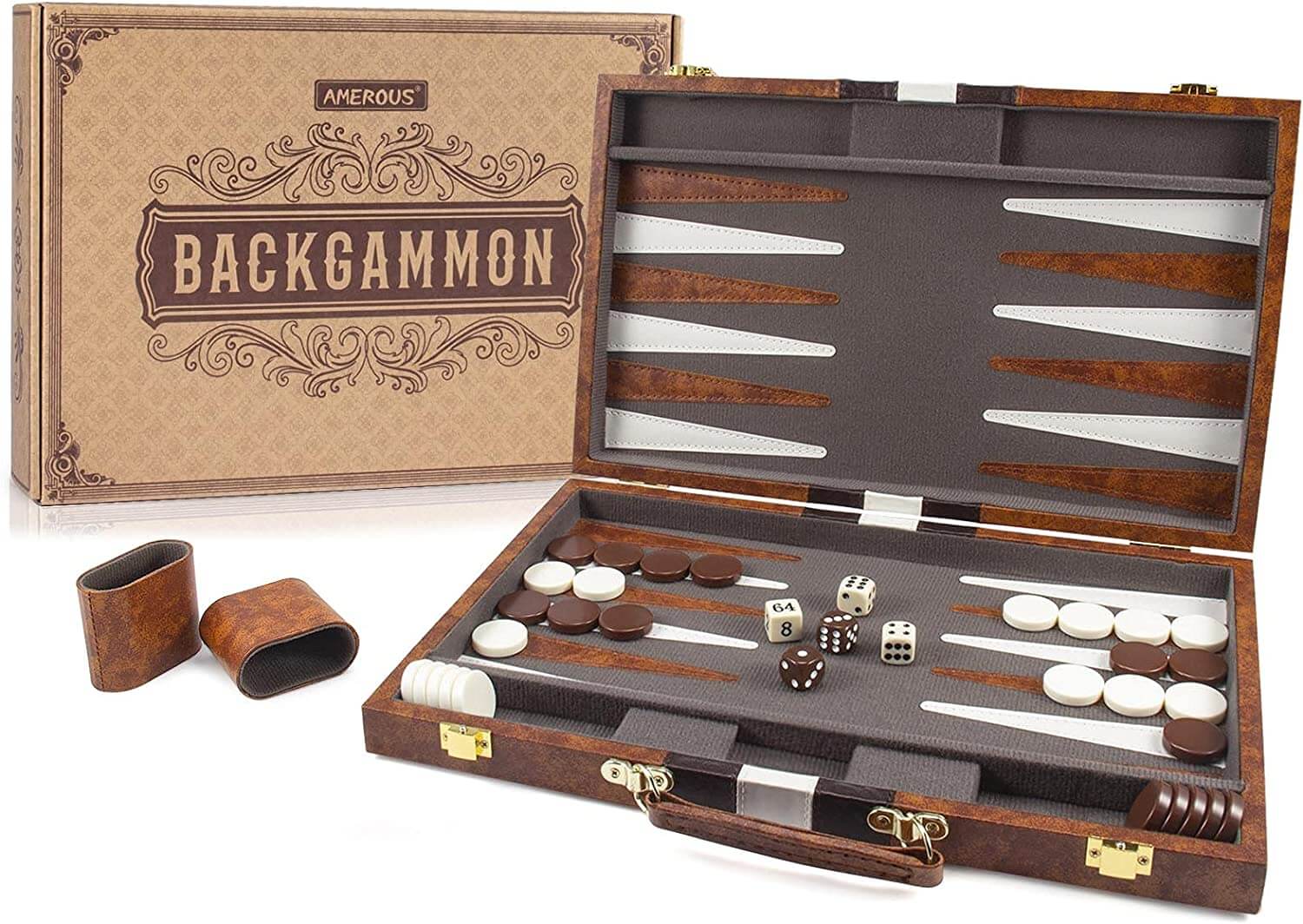 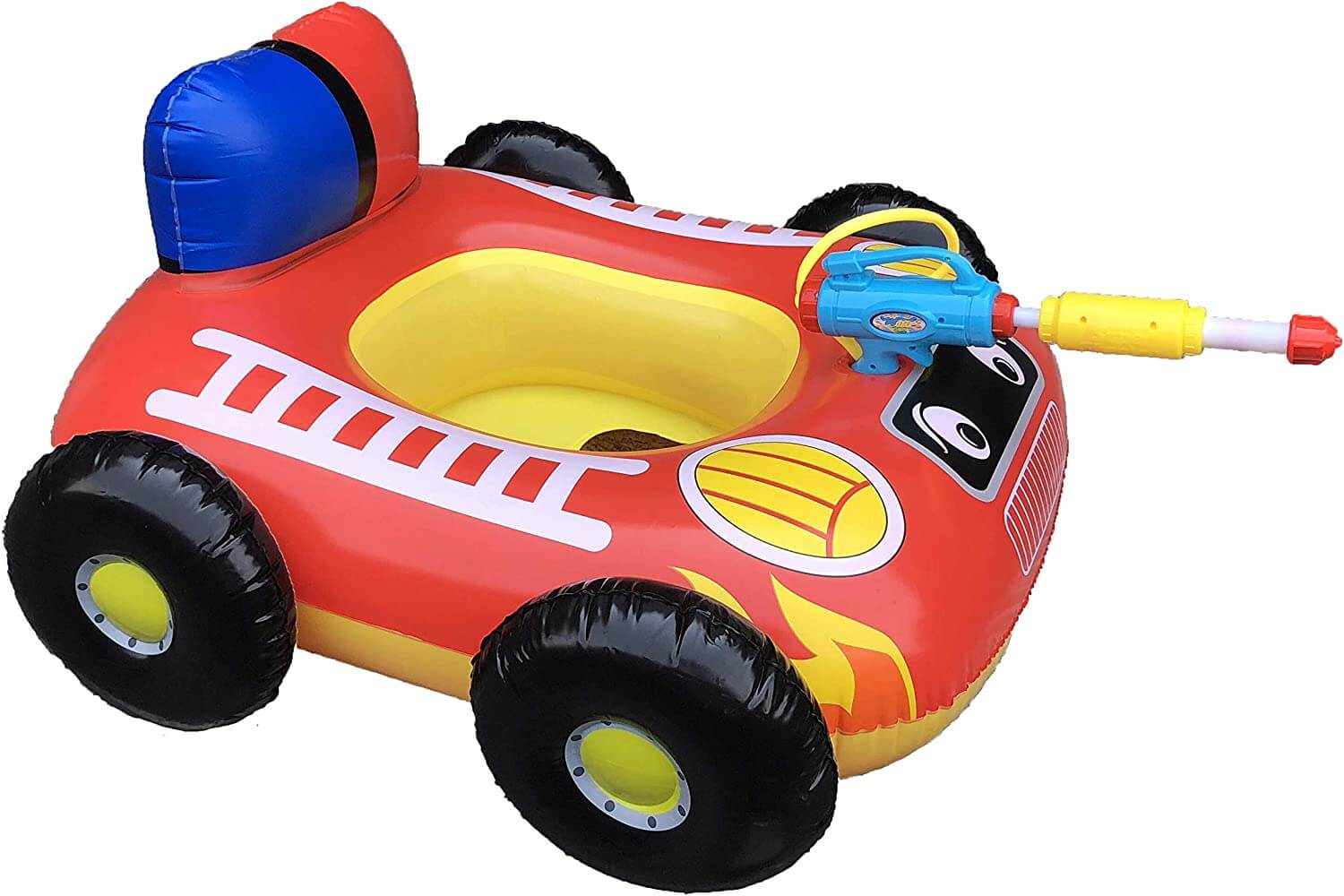 I bought this pool float for my 4-year-old godson. He absolutely loved it! Especially the squirt gun, which despite his age he was always able to aim the water right in my eye!